The Friendly Smiles off the Beaten Track – Sri Lanka roadtrip

The Friendly Smiles off the Beaten Track – Sri Lanka roadtrip

Just over 80% of the Sri Lankan population live in rural areas. As such, a lot of families are still engaged in labour intensive ways of making a living.  The charm of the old world, free from noisy, fuel guzzling machinery, is still very much alive in pockets through out the country side, if one dares to stop and explore. 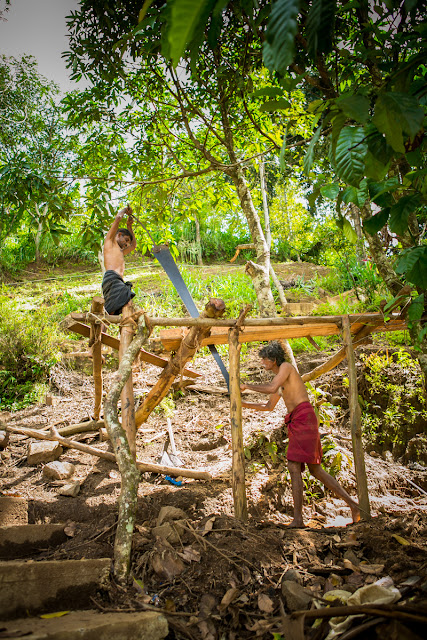 Just after Ramboda Falls, enroute from Kandy to Nuwara Eliya,  almost hidden under a canopy of greenery, were two men cutting wood with a long hand saw.
Their names were Arunasiri (in grey) and Santha (in red), 54 and 52 years of age respectively. They have been working together for 35 years. Arunasiri has 2 children.
Yes life was hard but it was wonderfully busy, as they supplied to local businesses and families. The rainy season was always the most difficult when it was hard to do work and therefore earn an income. Yet that’s what they knew how to do and do it well.
In the developed world, where efficiency and competition are the hallmarks of development,their openness and friendly smiles were a refreshing reminder of how things were done when time was not always a stop watch, you worked with fellow humans rather than machines and people work within their environment rather than inspite of it.
.. in short, where urbanisation had not eroded values that just can not be quantified in monetary terms. 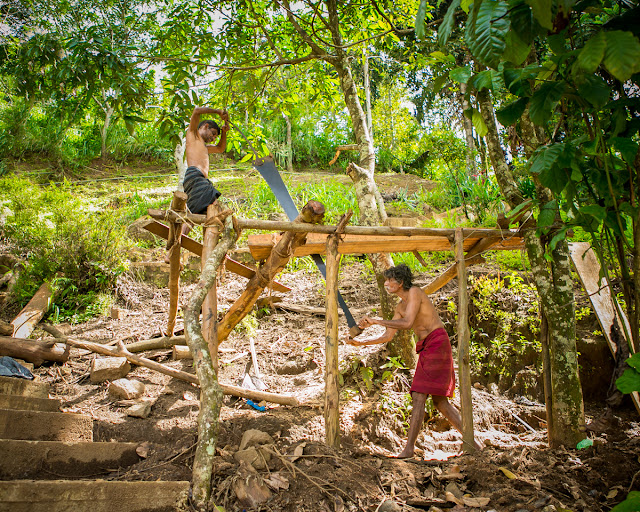 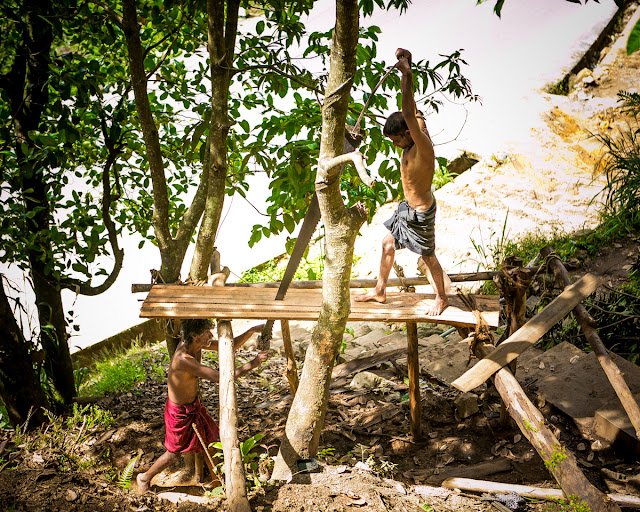 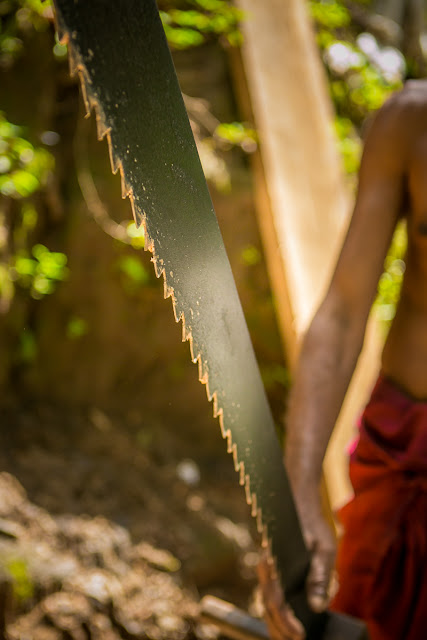 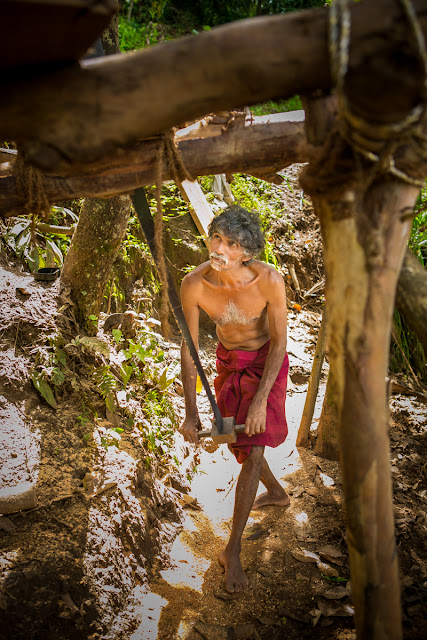 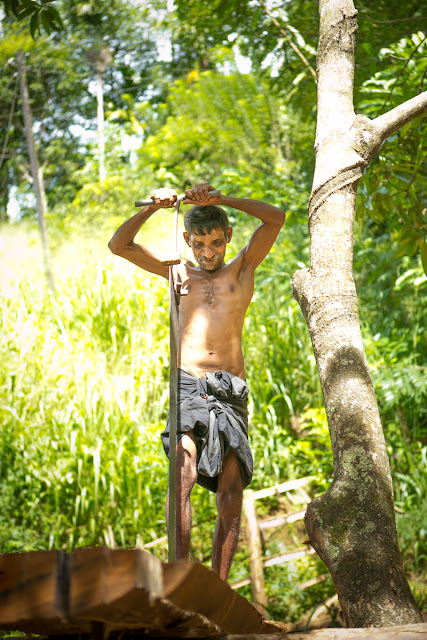 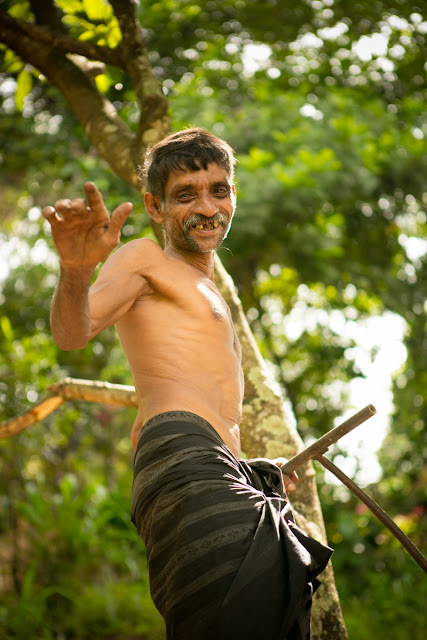